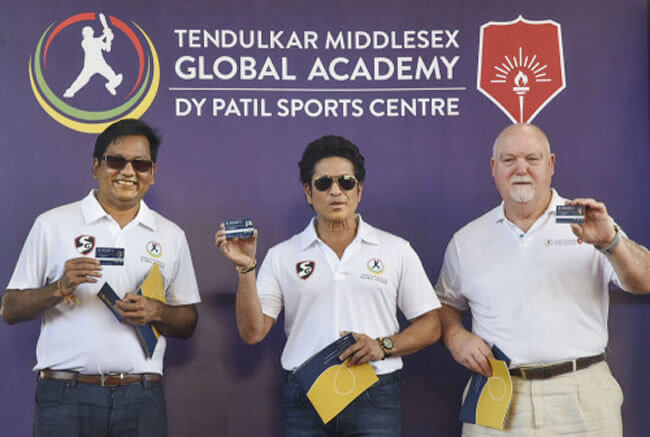 NAVI MUMBAI: Giving his own example, cricket icon Sachin Tendulkar on Tuesday exhorted youngsters not to take short cuts in life if they are to avoid getting “exposed in front of the world”. “In my life I have learnt so many things, one thing which I possibly missed out, talking about discipline, concentration, focus, planning, execution, but above all I think there were number of occasions when I was not able to perform to my expectations,” Tendulkar said.

“I failed also, but sport and right team taught me to get back on my feet again and not find short cuts. There will be tough challenges along the way (but) don’t cheat (otherwise) you will get exposed in front of the whole world.”

The batting great also recalled the contribution made by his brother Ajit and the late Ramakant Achrekar , his coach.

“I started discussing cricket with my brother from day one of my career and even on the last day of my career when I was dismissed, we were still discussing how I got dismissed and what could I have done, knowing that I may not go out to bat again. So his contribution is invaluable.”

Tendulkar also spoke about ‘Achrekar sir’, who taught him at the Shivaji Park ground in central Mumbai.

“The second person my coach Ramakant Achrekar Sir, I miss him today. He has played a huge role in my life in making me who I am today.

“Those childhood experiences will stay with me and what he did for me, not just for me, but I have got another India player – Vinod Kambli , we both thought of Achrekar sir today and this is a big step in my life because the game has given me everything.”

He said that he grew watching up Mike Gatting, who played 79 Tests for England, and later played against him.

“I have got a world class player sitting next to me Mike Gatting, I grew up watching him and also had privilege to play against him,” added Tendulkar.

He also batted for a fit and healthy India.

“We should push ourselves to play some sport, adopt some sport, it could be for fun. The dream is to transform India from a sports-loving nation to sports playing nation.

“It is all about health, keeping good health and leading new lifestyle,” urged Tendulkar, who has spoken about it on multiple platforms.

He also said that students should maintain a balance between studies and sports.

“I want to give message to parents that be it studies or sports, don’t put pressure on kids,” he signed off.