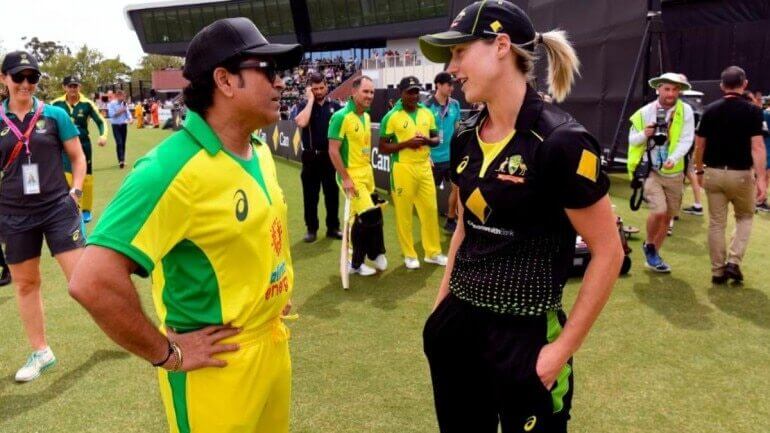 Ellyse ​Perry had threw out the challenge to Sachin Tendulkar on social media on Saturday afternoon via a video message. The India great accepted the challenge to face Perry for an over during the Bushfire Bash.

Batting great and former India cricketer Sachin Tendulkar batted for the first time in five and a half years as he faced an over from Australian women cricketer Ellyse Perry during Bushfire Bash, a charity match at Junction Oval, Melbourne on Sunday.

The Bushfire Bash is a 10-over per side charity match between Ponting XI and Gilchrist XI, where a host of cricket legends are helping raise funds for the Australia bushfire relief effort. Tendulkar, who is coaching the Ponting XI, came out of retirement here after a request from Ellyse Perry and faced her for an over during the innings break.

Tendulkar got off the mark with a boundary as Perry bowled an over to the India legend with 10 of her Aussie teammates in the field.