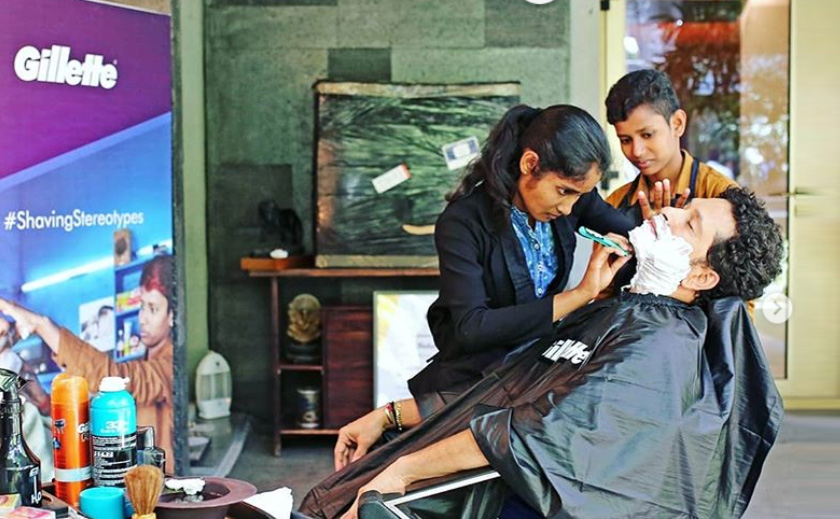 Sachin Tendulkar Gets A Shave From ‘Barbershop Girls’ Of Uttar Pradesh

“You may not know this, but I have never gotten a shave from someone else before,” writes Sachin Tendulkar

An ad that is currently going viral online has shone the spotlight on the incredible story of two girls from the Banwari Tola village in Uttar Pradesh. Neha and Jyoti took over their father’s barbershop back in 2014 when he fell ill. To step into a profession traditionally dominated by men, they disguised themselves as boys, even taking on male names as they paid for their father’s treatment, supported their family and continued to study.

Today, an ad inspired by their inspirational story has led to one of the greatest cricketers of all times to get a shave from Neha and Jyoti, or the ‘barbershop girls’ as they are often referred to.

Master blaster Sachin Tendulkar shared in an Instagram post on Friday that he met the barbershop girls and got a shave from them. While posting a picture with Neha and Jyoti, he also revealed an interesting tidbit – that he has never gotten a shave from someone else before!

“You may not know this, but I have never gotten a shave from someone else before. That record has been shattered today. Such an honour to meet the #BarbershopGirls,” he wrote.

Sachin also presented Neha and Jyoti with a Gillette scholarship to cover their educational and professional needs.

Since being shared online, his post has gone viral with almost 7 lakh ‘likes’ and hundreds of impressed comments.

Neha and Jyoti have been receiving much praise and love from netizens around the globe after an ad by Gillette India highlighted their incredible, gender stereotype-shattering story. The ad has gone viral with over 16 million views on YouTube alone.

“The blade that shaves, does not know whether a girl or a guy is using it. I think, this is the most important line of the video, because if dreams do not discriminate then why do we?” said Sachin Tendulkar. “We should always remember the kids of today are watching and they learn from what they see. I hope lots of kids today will see how Neha and Jyoti and their village has shown great courage and right attitude to break stereotypes and move forward’.”