World No Tobacco Day, and the role of role models

“Tobacco consumption can be injurious to health” – one of the oft-seen and highly (mis)used disclaimers in the advertising world. Over the years, its effect on tobacco consumers had not been as it was expected to be. The Seventh Edition of the annual Tobacco Atlas, released by Vital Strategies and the Tobacconomics team at the University of Illinois at Chicago, suggests that there are 1.1 billion smokers and several hundred million users of other tobacco products in the world.

Another 2021 WHO report suggests that tobacco claims the lives of more than 8 million people each year, out of which, 7 million deaths are due to direct tobacco usage while around 1.2 million are the result of passive or second hand smoking. The same report suggests that over 80% of the world’s more than a billion tobacco users belong to low- and middle-income countries, which includes India and the other South Asian countries.

In this ever-concerning sphere of tobacco consumption, one of the factors that have been contributing hugely is the space of brand endorsement. Big tobacco and liquor brands have been at the forefront of indulging in sponsorship and celebrity endorsements to tempt the masses into using their products, for years. It was in the late-90s, when apart from sponsoring big award shows, world tobacco makers targeted the Indian sports industry as well and ventured into sponsoring events, leagues, and team kits.

Amidst this then-new and profit-making trend, one man that was undeterred was Sachin Ramesh Tendulkar, the man who brought a revolution to Indian cricket and gave hope to billions of dreams. It was in the late-90s when big global tobacco brands entered the Indian market to sponsor the Indian men’s cricket team’s kit. While many from the team including senior players put the sponsors’ names and logos in their kits, Sachin refused and instead left his bat blank for about two years.

Considering how big brands paid for endorsements and how at that time, the salary of the cricketers was in the range of a meagre 15 thousand Rupees only, it was indeed a big and daring move by Sachin.

At the core of Sachin’s refusal to endorse tobacco and liquor brands is his promise to his father, but there is also an inherent virtue Sachin has carried all along throughout his career and beyond.

Sachin’s commitment to work for the underprivileged section, especially children, is quite evident through his decades-long involvement with UNICEF, and other key initiatives.

His commitment and vow to not endorse any tobacco and liquor products could not be shaken during the IPL as well, where he again refused to endorse any sponsors that deal with tobacco or liquor.
In today’s world, where the advertisers adopt various sly measures like surrogate advertising to promote their products, the onus is more on the celebrities or youth icons to choose their endorsements responsibly.

The recent controversy regarding the endorsement of a tobacco brand by a Bollywood star is one such example, where he had to tender a public apology later on.

The brand’s tagline itself has become a hit among people, especially the youth, resulting in scores of videos and memes floating around it on Social Media. This bears testimony to the impact celebrity endorsement can make on the youth.

In this regard, another shocking finding of the 7th Edition of the annual Tobacco Atlas can be pointed out, where it suggests that although there is a drop in the percentage of adult smokers from 22.6% in 2007 to 19.6% in 2019, the rate of smokers in the 13-15 age bracket is growing. This age denotes the teenagers who are more vulnerable to falling prey to tobacco consumption through advertisements.

When the celebrities that they look up to themselves promote the tobacco products through eye-catching advertisements, the risk of consumption surges. In one of its advisories, the World Health Organization (WHO) suggests for a comprehensive ban on both direct and indirect forms of advertising, sponsorship, or promotion of tobacco products, to reduce its consumption.

It is true that it is not easily possible to have a consensus among celebrities to not endorse any tobacco or liquor products, given the changing landscape of advertising and marketing. But it is also noteworthy that by standing true to his words and beliefs of not endorsing any such products that can harm someone, especially the youth, Sachin has been carrying on a silent revolution, in a way.

Countless of tobacco and liquor brands approached him over the years with multi-crore deals, but he chose his ideals over money, every time. He knows the worth of his public image and how his deeds can impact his admirers, and this self-awareness and determination uphold the dignity that his name carries.

For almost two decades now, Sachin has been selflessly associated with the UNICEF, and several other government as well as non-governmental initiatives to offer a better life to the underprivileged children, and to give wings to their dreams. In today’s fast-changing world, amidst all the other pandemics, tobacco consumption is considered another ‘epidemic’ that has been impacting billions of lives each year.

With this, as we celebrate World No Tobacco Day, one can only hope that the silent revolution Sachin has been leading by not endorsing any tobacco and liquor products, become a roaring revolution in times to come. 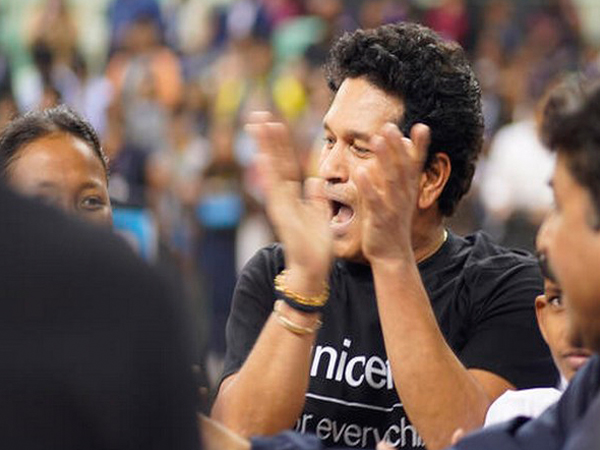 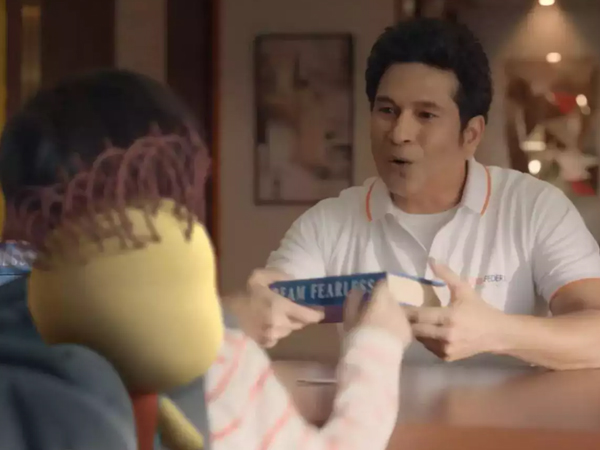